Course and stages of optimal fever

The definition of "optimal" fever: Everything that used to be called typical fever with its stages can be classified here. That is, all febrile episodes that are uncomplicated and run their course typically according to cause. From the curve pattern one can deduce some of the causes: illnes, infection. Such is scarlet fever with 5 days of high fever or the three-day fever.

Typical fever curves have the four stages in common: 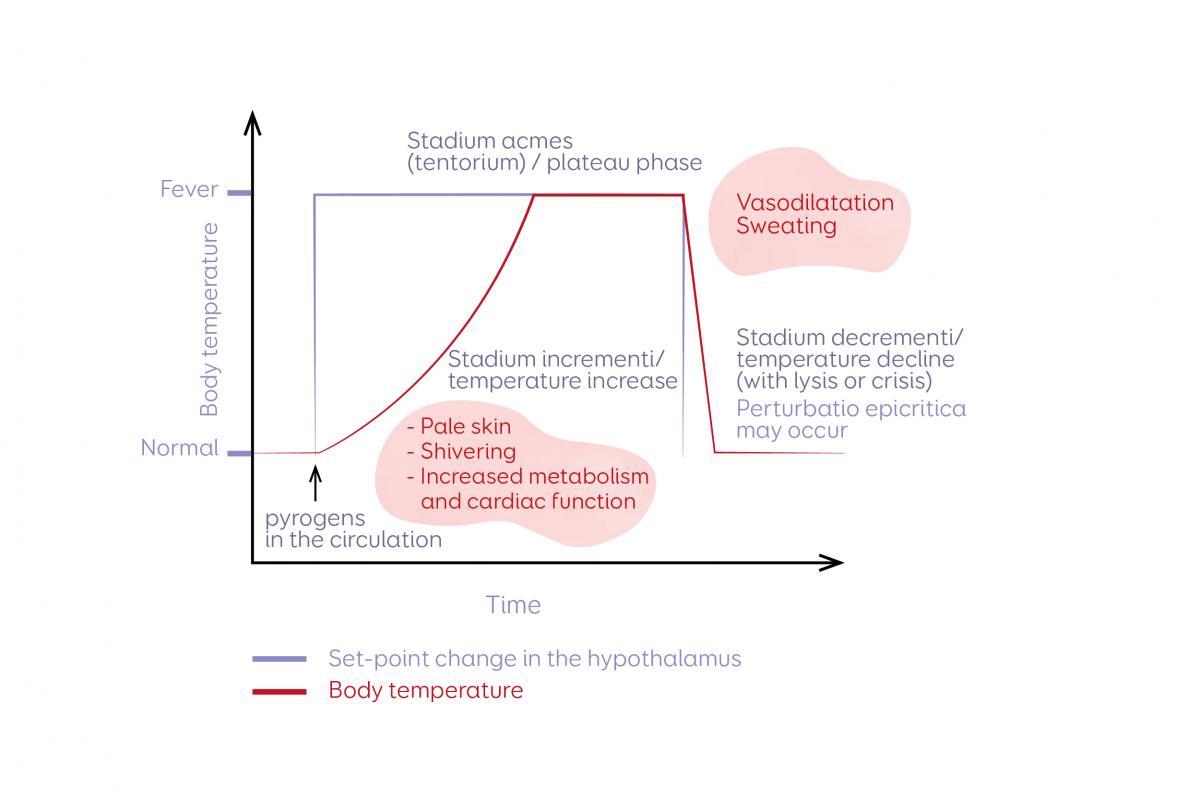 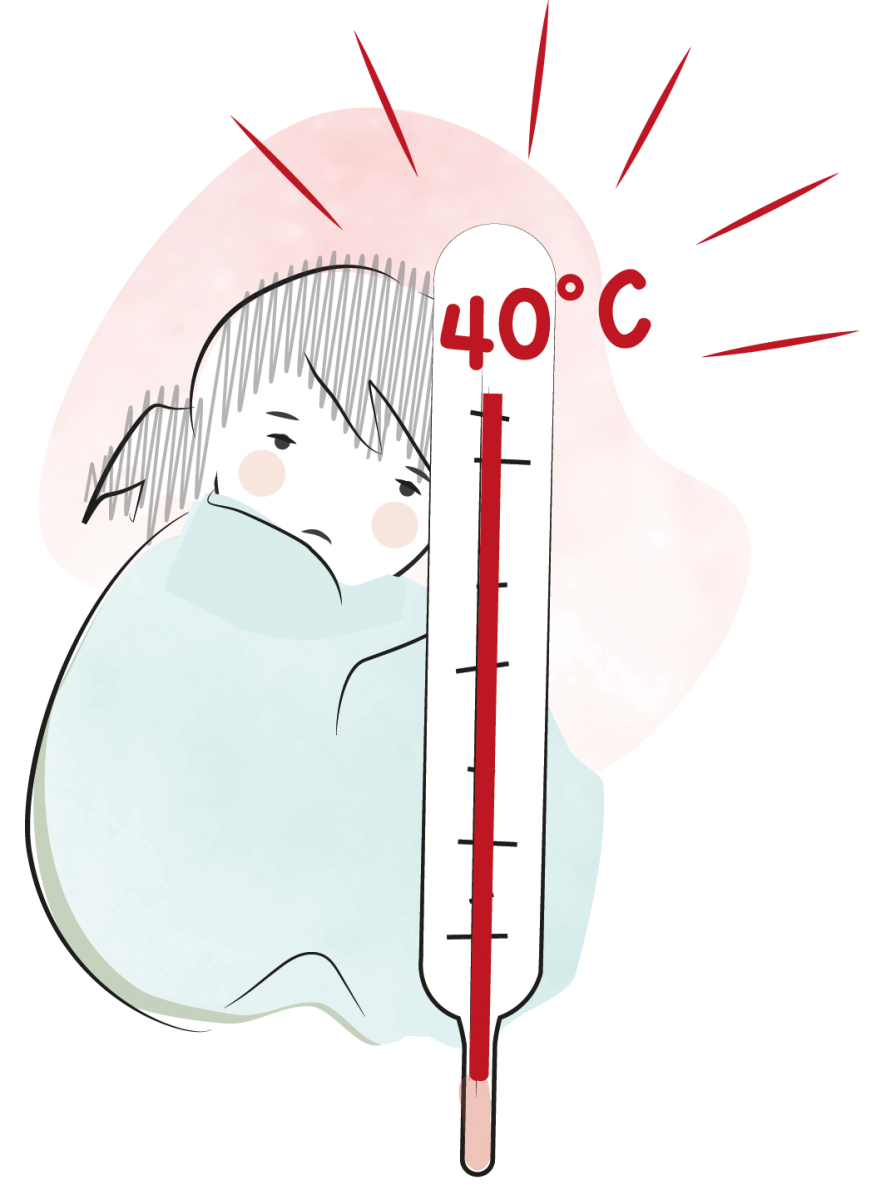 These four stages may rhythmically repeat for a few days.

After this while recouperating body temperature may even be slightly lower for a couple of days.

The height of the fever is not in proportion to the pathological factors that produced it.

This means that height fever, in and of itself, does not indicate grave illness (in children older than six months). The very same virus may cause in the same child very high fever on one occasion, and on others no fever at all. Low fever may disguise illnesses that have to be taken seriously (pyelitis, for instance); but simple teething may cause very high fever. We discuss these in detail in the chapters „Accompanying symptoms of fever” and „How dangerous is the febrile condition”.

If we hinder the spontaneous course of fever (with medications, for instance), we modify the optimal course. What we are talking about here is not that the child „doesn’t have fever”, but its body would be trying to produce fever – because it would be useful for the run of the illness-, but we have interfered. So if we have reduced someone’s fever through medication, it doesn’t mean that the child has healed, or is healthy.