Accompanying symptoms of fever, their examination and significance

At the beginning of an illness we can notice various symptoms, even before fever:

These symptoms typically change during different stages of the fever.

During the first phase of the fever at the ascent:

During the second phase of the fever peak:

In the third phase of the fever at the beginning of the decrease:

During the fourth stage of fever, when body heat returns to normal:

The pulse can best be felt on the inside of the wrist in the shallow hollow below the base of the thumb (in case of infants and young children in the elbow on the inside of the upper arm). We place the tip of the first two (or three) fingers over the hollow, and hold the child’s wrist with our thumb from the opposite side. We count the heartbeat for 15 seconds. Multiplying the result by four we get the heartbeat per minute.

Normal range of heart rate for children at 10 min rest without fever:

These rates might rise 5-25% in case of fever. This depends on age, weight, cause of fever, etc.

The algorhithm we have included in the application takes these factors into consideration.

In this case use the app.

For measuring respiratory rate: it is visible, audible, perceptible.

It can be seen in the movement of the chest and abdomen (possibly the wings of the nose).

It can be heard at the nostrils.

It is felt when our palms are placed on the abdomen or chest.

Normal range of breathing rate for a non-feverish child at 10 min of rest:

These rates might rise 5-25% in case of fever. This depends on age, weight, cause of fever, etc.

The algorhithm we have included in the application takes these factors into consideration.

In this case use the app.

Immediate medical care needs to be sought if there is wheezing, whistling, forced breathing and bluish lips and skin at any age.

Head and limb pains typically occur with the influenza during the ascending phase of the fever.

A pain scale can be used to assess its severity.

Diffuse general pain throughout the body is frequent and harmless. Muscles and joints are affected.

When fever elevates, headache is common.

If it’s accompanied by stiff neck, it may be a sign of meningitis. This can be demonstrated if when raising the head of the child lying on his back the child’s knees will also flex (Brudzinski’s sign).

If both vomiting and diarrhea occur with fever, it can be a sign of common gastrointestinal infection.

Vomiting by itself can also be the sign of sunstroke, appendicitis, or rarely meningitis.

In a mild case have the child rest, make him drink water by sips, at small intervals. See more in the chapter „Care interventions during fever”.

Otherwise, rest and swallow liquid by single gulps at intervals.

Physiological loss of appetite is normal in a febrile state.

Nutrition should be a light diet by bites, as much as the child requires. Rice, millet, steamed vegetables cut into small bites, fruits. Preferably in the morning when the fever is lower.

In case of infants and young children dehydration may develop more easily during a febrile illness.

The following can play a role in it:

If they occur at the same time, small children can dehydrate quickly. 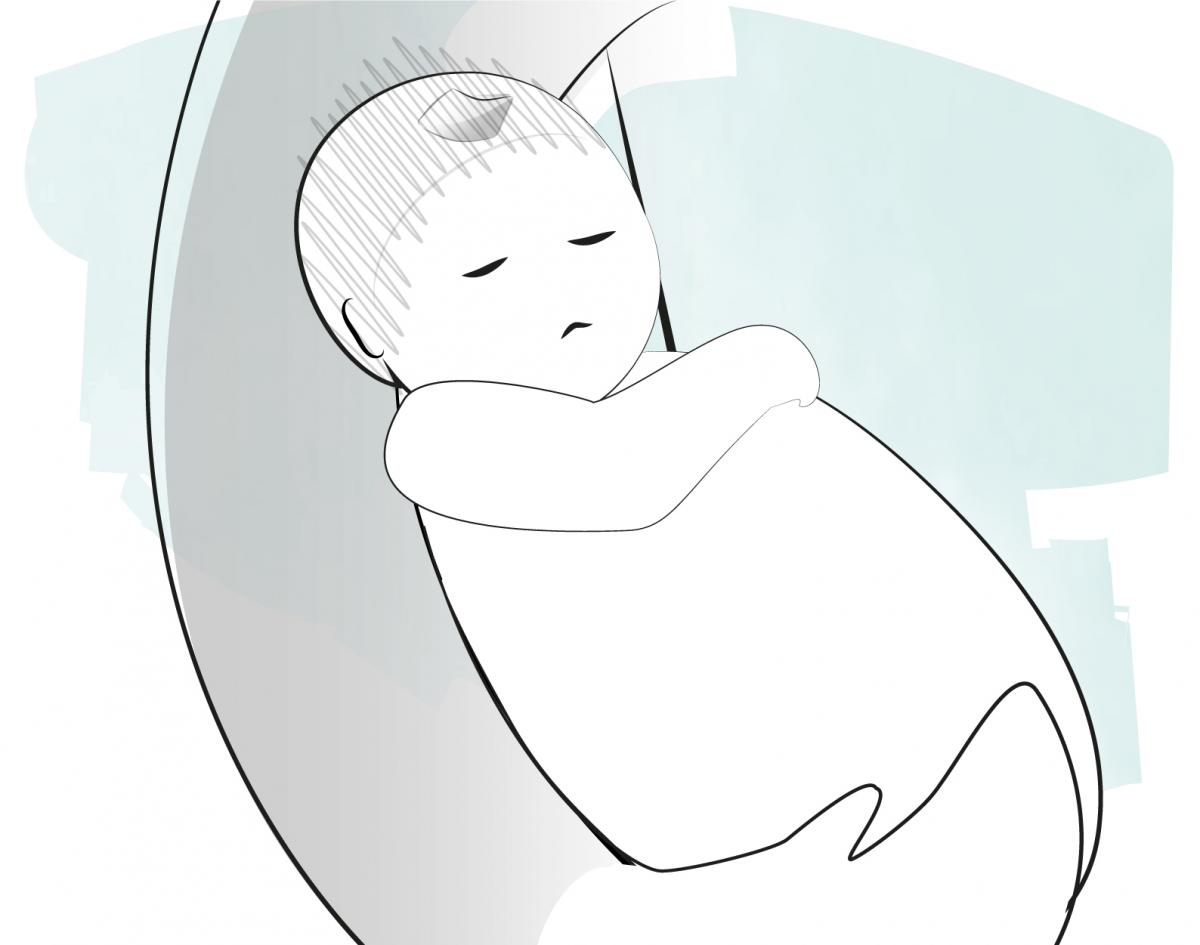 In case if minor symptoms (e.g. dry tongue) it is not necessary to see a doctor, but rehydration is important. See below.

Rashes may occur before, during or after fever.

Often before fever, it is a sign of infection at the end of the incubation period.

During fever it is often a sign of viral disease.

Rashes that occur after the fever has subsided are usually signs of a harmless viral infection, no action needs to be taken, no need to see a doctor.

These harmless rashes should be distinguished from dangerous purpuric rashes (petechiae) that require immediate medical attention.

Fortunately, the latter is very rare and easily distinguishable from harmless rash.

The glass test is suitable for this. Use a pair of glasses or a plain glass/plastic.

When applied to the skin, if the rash does not disappear it is purpuric rash. If it's gone, it's harmless (see the picture).

The rash on the left is not dangerous because it can be suppressed (blanching).

The red rash on the right is purpuric (non-blanching) rash and it's dangerous.

However, glass test should be repeated for every rash after 4-6 hours to see if it remains harmless.