The sense and evolution of fever

The evolution of nature has developed towards a stable, organized body-heat balance (149).

The human being, like all mammals, has its own body-heat balance. Yet there are several ancient animal communities consisting of many individuals that maintain a system through which they regulate the temperature of their living areas in an organized fashion with utmost priority and thoroughness.

It has complex control by depth, humidity, volume, closure (125). 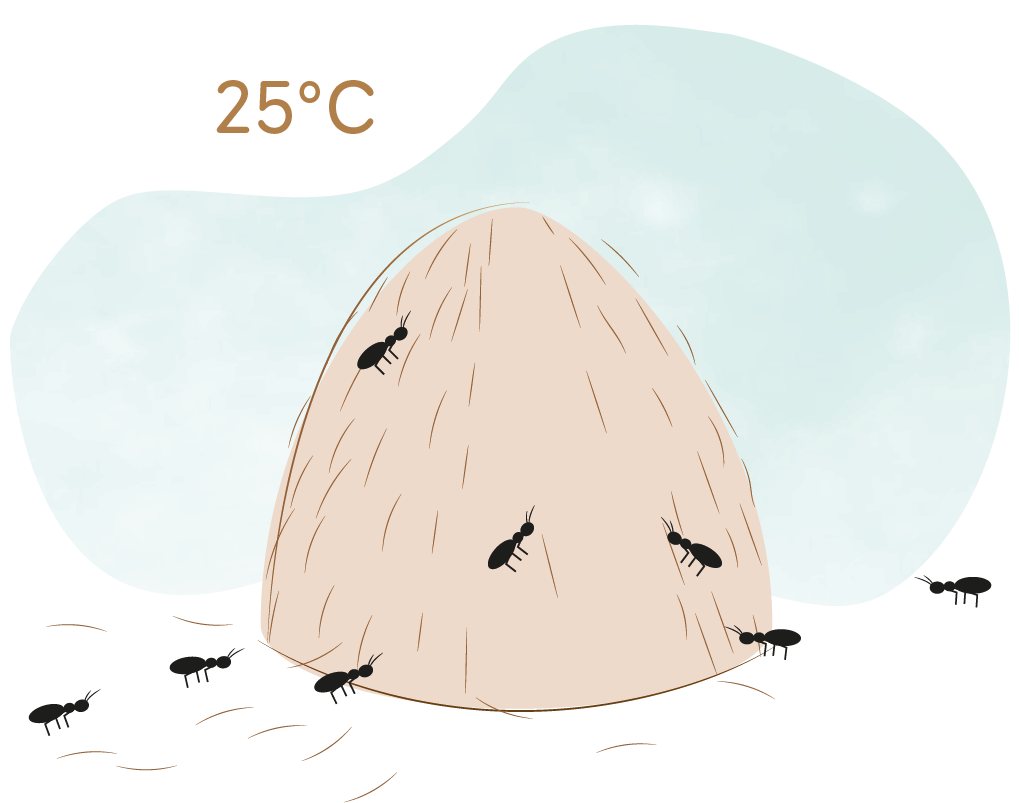 A wasp nest’s average temperature in the summer is approx. 30°C

Our physiological processes that are based on the reactions of enzymes are optimized at a temperature around 37°C.

The normal core temperature of humans is constant between 36.5°C and 37.5°C and is independent of the surrounding temperature. Heat is generated by burning nutrients, doing muscle work, and by dissipating heat through evaporation and radiating. Neither too high nor too low temperatures favour life processes. The human body is like a controlled heater: boiler, central switch, hot and cold heat sensors and insulation. The boiler is our muscles and some internal organs (liver). Insulation is our body hair, skin, and the underlying fat layers. Signals from body temperature sensors reach the cooling and heating centre of the hypothalamus. The central nervous system is the switch, it senses the temperature of the blood flowing through it. Information also comes from the muscles of the trunk and the cortex. The hypothalamus, as a control centre, sends instructions to the pituitary gland, heart, adrenal glands, striated muscles, and centres of vasodilation. Because of this fine regulating system the temperature in various body parts can be quite different.

That is why fever also develops in the evening and goes down by dawn. 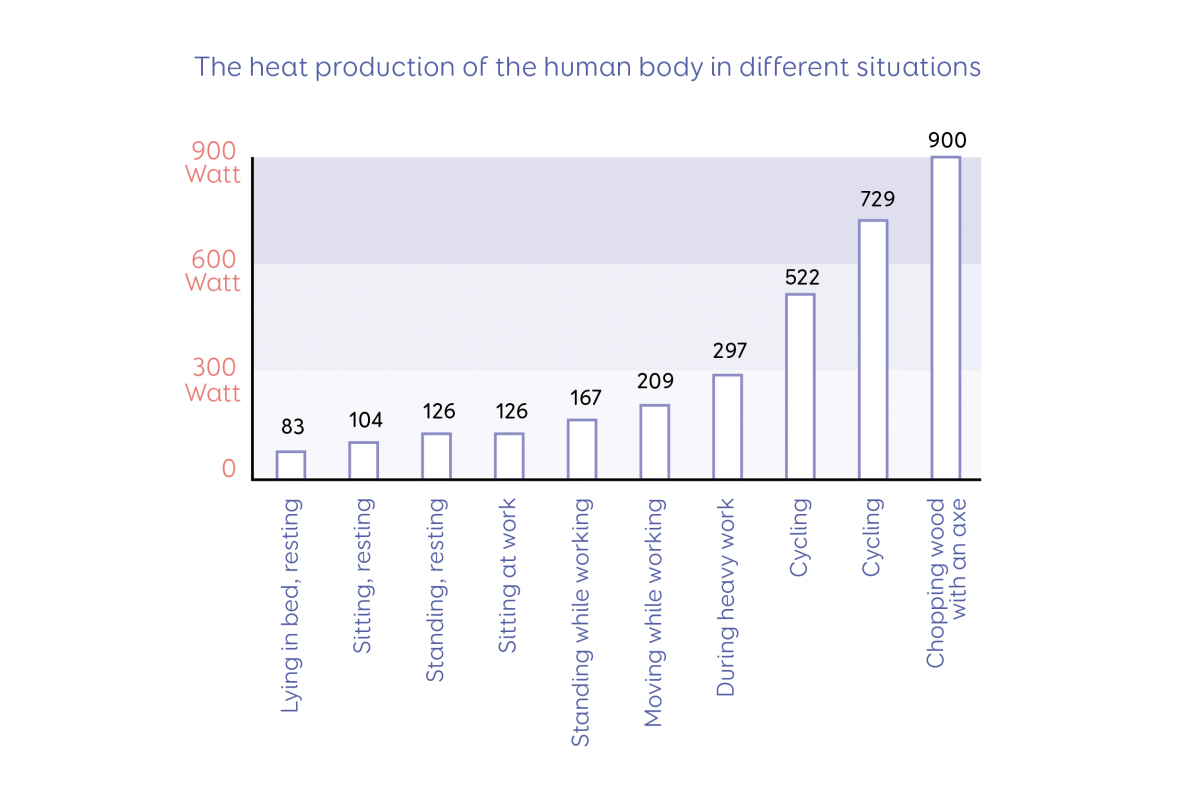 Body temperature is influenced by various factors. During intense exercise (wood cutting (137), sports, long crying spells in children...) or sunstroke, body heat can rise up to 39°C. This is more like heat congestion, because the heat that the body produces can only be released more slowly than the rate at which it is produced. 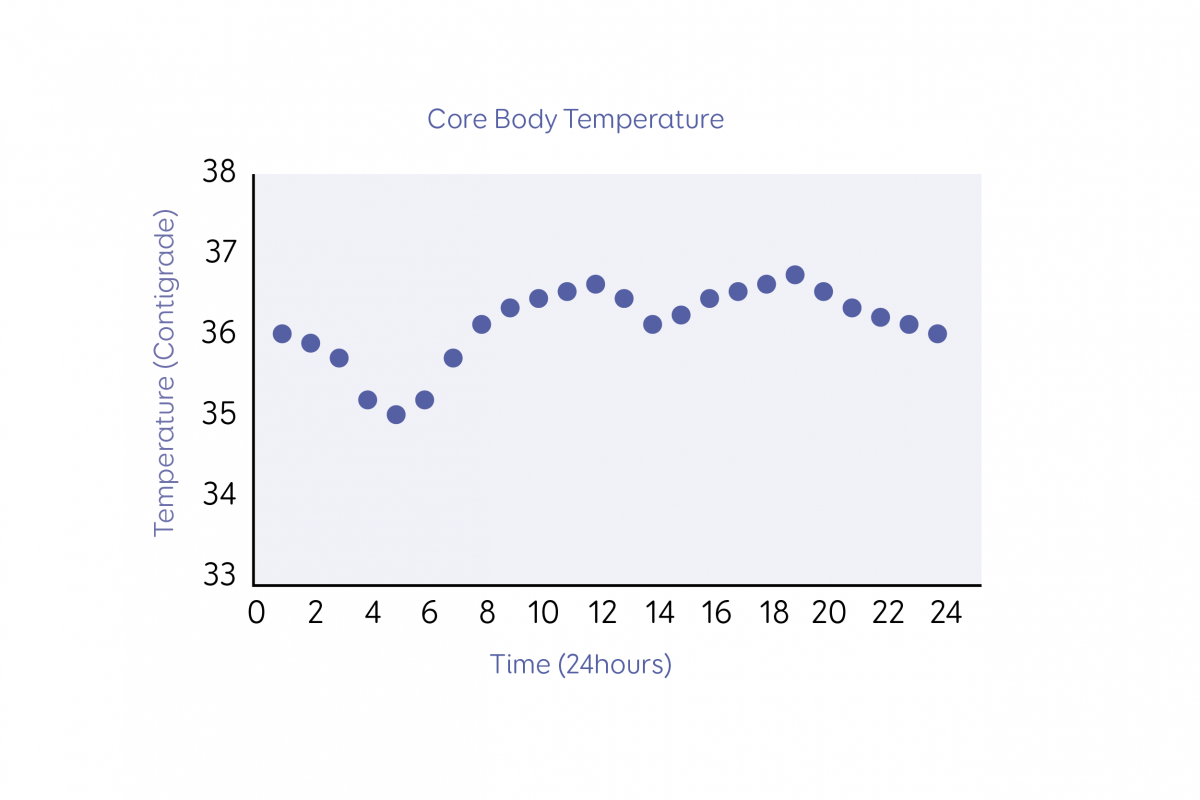 Positive effects of fever. How does this work in the evolution of animals?

In the case of an external infectious attack, the elevated temperature (for both individual and social organizations) increases the chances of survival. With all its apparent disadvantages, fever has become ubiquitous in advanced organisms during evolution (3, 13, 149).

Even unicellular organisms look for a warmer place in the event of a viral attack.

Insects (ants, wasps, bees) that make up the community also try to create a higher temperature than their surroundings in reaction to attacks.

Some guppies, when attacked by a parasitic worm (Gyrodactylus turnbulli), exhibit a so-called behavioural fever, that is, they swim to a warmer place in the water and remain there for a while until the parasites die (126).

Research concerning a certain toad species (Anaxyrrus terrestris) showed that after a ranavirus infection the toads sought out warmer places and were thereby more protected (152).

Something similar was found concerning virus infections of zebra fishes (153).

In several animal studies, with very few exceptions, morbidity and mortality were increased when fever was reduced physically or medicinally in warm-blooded animals; or by preventing cold-blooded animals from accessing heat (55, 86).

If mammals get a high fever early in dangerous infections, it increases survival rates (12-14).

Fever can be called an independent functional health maintenance and healing system of the warm-blooded. A positive, useful coping strategy, exercise and learning (148-150).

So let's trust it, let it work and do its job!

Let’s not try to fight fever, for fever itself is the fight against disease. Do not disturb or hinder, simply accompany it.